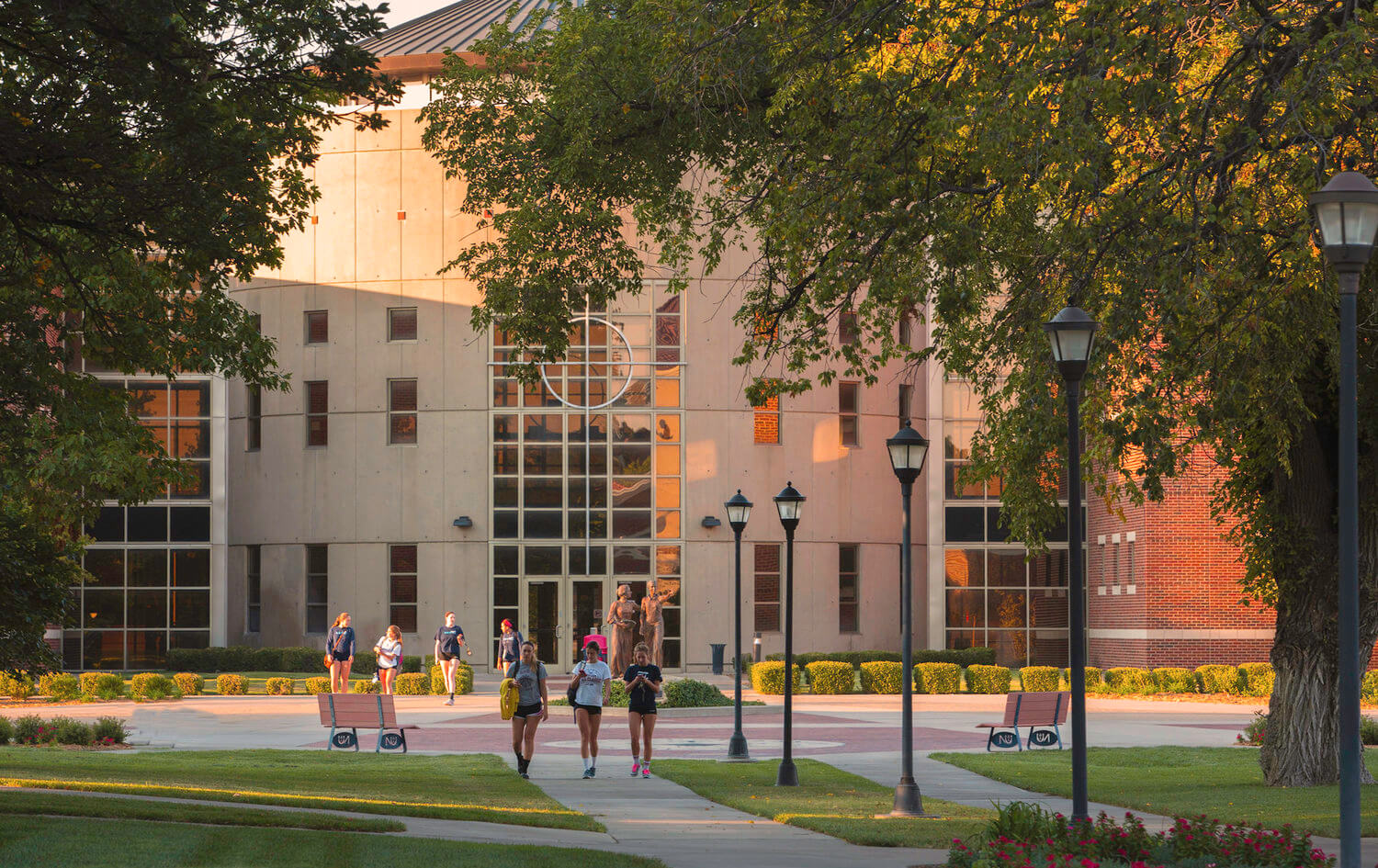 This summer marks a decade since Waybetter’s founding.

In that time a lot has changed in the industry of higher ed undergraduate enrollment. Notably, we’ve faced (and continue to face) increasingly tumultuous economic, demographic, and cultural upheavals that have made the work of recruiting individual students significantly more difficult. That’s the headline.

But the news isn’t all bad. In that same decade, our tools have gotten better, our technology’s gotten more powerful, and—despite the vast differences from one institution to the next—we’ve grown in our collective understanding of the importance and urgency of our work. We talk more openly now about issues of access, about the unsustainability of spiraling tuition and soaring discount rates, about ensuring that students have the support they need once they arrive to campus.

I’d also argue that campus leaders have, in the last ten years, grown more accustomed to treating enrollment (and enrollment marketing) like the bottom-line business endeavor it is. The money to support students and to provide access to those who might not otherwise have it has to come from somewhere, after all. And the vast majority of higher ed institutions in this country, even those with huge endowments, rely on tuition revenue to fund these initiatives. It’s good and healthy that campuses are engaging in conversations that address these realities in clearer, unvarnished terms.

But as we collectively improve at this increasingly more difficult job, we also need to pause occasionally to ask ourselves what success looks like (or should look like), and how we can continue to achieve it.

With that objective in mind, earlier this summer we conducted a series of interviews with a few Waybetter clients who hit their May 1 enrollment goals.*  If you work in higher ed enrollment or marketing, I’d encourage you to give these short conversations a quick read. The people we spoke with—vice presidents and directors of enrollment and admissions—work at schools that, while diverse geographically (Maine, North Carolina, Pennsylvania, Kansas, and Hawai’i are all represented), face similar challenges. Challenges you’re likely to face sooner rather than later, if you’re not facing them already. Their insights and solutions are worth considering.

As I read their responses, a few themes emerged. Themes that, coupled with a decade’s worth of experience helping colleges and universities meet their enrollment goals, seem to me to indicate a great deal about what it takes for VPs and directors of enrollment to thrive in these increasingly difficult times. In my experience, they all have a few traits in common:

1) They focus, no matter what.

Every VP of enrollment has written some sort of annual or five-year plan that, in theory, guides their allocation of resources and serves to keep them focused on big-picture goals. Until reality strikes. Or, as Mike Tyson famously put it: “Everyone has a plan until they get punched in the mouth.”

The enrollment VPs and directors I admire have the ability to weather these punches while continuing to do the small, thankless, unsexy things day in and day out that ultimately lead to success.

They make sure their application goes live on time. They make sure completed applications are turned around as quickly as possible. They’ve decided that every prospective student who inquires—whether on the phone, on the web, over email, or in person—is going to get a prompt, enthusiastic, and helpful reply. They build out their comm flow a little bit every year. They’re committed to getting merit and financial aid awards out as soon as possible. If they’ve chosen to pursue a very specific goal, like lowering discount or building more reliable local/regional pipelines, they make measurable progress every day.

And they do all this while navigating tricky institutional politics, demanding presidents, public relations fiascos, and the million other distractions of campus life that threaten to leech their time and energy. The unfortunate reality is that the things that are most integral to long-term success (in life as well as in enrollment) are also the easiest to overlook and set aside. Successful VPs and directors guard against this tendency at all costs. They’re what I like to call “grinders”—they’re tireless, resilient, and clear-eyed about what needs to be done in order to make real and lasting progress.

2) They understand that enrollment is a competition.

Morbid as that may be, it’s also the truth—in nature, in business, in higher ed. Sure, unfavorable demographics rightly get much of the blame at institutions where enrollment is flat or declining. But those numbers only tell part of a complex story. Because what’s also true is that students who don’t choose your institution are still choosing something else over you. And while you can’t change your location or easily upgrade your facilities in a bid to be more attractive, you can take steps to ensure that you don’t get beat by your competitors in the areas over which you do have a great deal of control: your responsiveness to students, your visit experience, your turnaround times, your sincerity.

Successful VPs and directors intuitively understand that they don’t have to be the best at everything. They know they just have to be a little bit better than a couple other schools whenever the opportunity arises. Every small victory counts.

3) They understand that all colleges are regional (or local).

I’m sure you’re as tired as I am of talking about demographic trends and the trouble they portend for higher ed and for small private colleges in particular. But we need to talk about them just a little more.

One of the responses I see with increasing frequency to the demographic drought is, on its face, fairly logical: enrollment and marketing teams make plans to recruit students outside historic territories and in places where the demographics are more favorable (California and Texas are popular choices). I understand this impulse. On its face, it makes sense. You’re simply planning to go where the students are.

But this gambit is an expensive one. It takes time and money and scarce resources to truly develop new markets. And seeming success one year (10 new students from California, say) can prove impossible to replicate in subsequent cycles, after you’ve sunk significant resources into the endeavor. More importantly, it risks diverting focus from the effort of recruiting students in your own backyard, which thanks to oft-cited stats like these, we know is where your students actually come from.

Of course, the truth is that you need to be savvy and precise in your exploration of new markets. But success there absolutely cannot deter from success on the home front. In fact, two of the schools we interviewed attributed their enrollment success this year to concerted efforts they made to win students close to home. Janelle Holmboe achieved this feat at Warren Wilson College in North Carolina (she’s just accepted a new position as VP of enrollment and dean of admissions at McDaniel College in Maryland), and Greg Grauman achieved it at Hawai’i Pacific University in Honolulu.

Even in these lean times, you can survive missing out on theoretical students in territories where you have no track record of success. But you absolutely can’t survive losing real students where you’ve historically won them and where you have the absolute best chance of winning.

4) They understand that inertia is the enemy.

I’m going to assume that we’re all in this line of work because there’s something about campus life and college students that intrinsically appeals to us. That’s certainly the case for me, anyway. But having said that, I think we’d also agree that precedent and pace are huge obstacles to enrollment success just about everywhere. It’s often hard to convince campus stakeholders to deviate from the way things have always been done. It’s even harder to convince them to change fast, which is what our new reality often requires.

With that in mind, if you read only one of the interviews we published this summer, check out this one with John Champoli and Adam Smith who work at Husson University in Bangor, Maine. At a very difficult time and in a very difficult place to be recruiting undergraduate students, they have Husson winning big. Before you dig into their story though, read this article from the Chronicle of Higher Education about the state of undergraduate enrollment in Maine. It provides context for just how wonderful a job John and Adam (and the whole Husson team) have done.

Two things about the Husson story stand out to me. The first is that, in the last year, Husson replaced roughly 50% of it its enrollment staff. Yup, you read that right. In the business world, this sort of turnover wouldn’t raise an eyebrow. In fact, in the business world, it’s a widely accepted truism that attracting and retaining talent is perhaps the single most important factor in achieving success. In higher ed, however, the hiring process is notoriously slow, and separating from employees who aren’t a great fit is exasperatingly difficult. Finding ways to make the HR office an ally instead of an impediment will reap dividends, if you go about it the right way.

The other thing the Husson team did was convince their colleagues on the academic side of the house to add capacity to the health science programs that are a huge draw for students. On many campuses, these conversations simply wouldn’t make it out of the brainstorm session—the mere thought of collaboration and bureaucratic red tape would shut it down. But at Husson, John and Adam put together a data-backed argument and won over their academic counterparts. The result is that Husson is about to welcome its largest freshmen class ever to campus this fall.

Traditions are a huge part of what make colleges and universities the special, unique places they are. But inertia—doing things the way they’ve always been done—is a college killer.

5) They’re “comfortable” in the role of Chief Revenue Officer.

We tend not to use this title in higher ed, but if you’re the senior-most enrollment professional on your campus, then you’re also the chief revenue officer, and that means a great weight sits heavy on your shoulders.

But you already know this. You read the news. You know that campuses merge and close and that good people lose jobs they love when tuition revenue is consistently insufficient to fund the operating budget. And yet, despite the pressure and the high stakes, you’re still in this line of work. Why? I’d wager it’s because, at the end of the day, you know that a good plan diligently executed is your school’s best chance of success, and that knowledge gives rise to confidence (if not exactly comfort).

Confidence doesn’t mean you never doubt yourself. Or that you never make mistakes. Or that you never feel lonely. It simply means you’ve resolved to trust your instincts, to work hard, and to control what you can control, come what may. This way of being is infectious, and it inspires confidence in others and brings out their best. And that’s what great leaders have always done.

So, stay the course! Wherever you are today in your enrollment efforts, know that real and meaningful change is possible if you stick to the basics. Don’t let adverse circumstances, or competing priorities, or even demanding presidents pull you away from doing the little things that can make all the difference.

*The enrollment teams we spoke to all worked extremely hard over the summer to continue bringing in their class, but they were happy with the progress they’d made by the traditional (though largely meaningless) May 1 deadline.