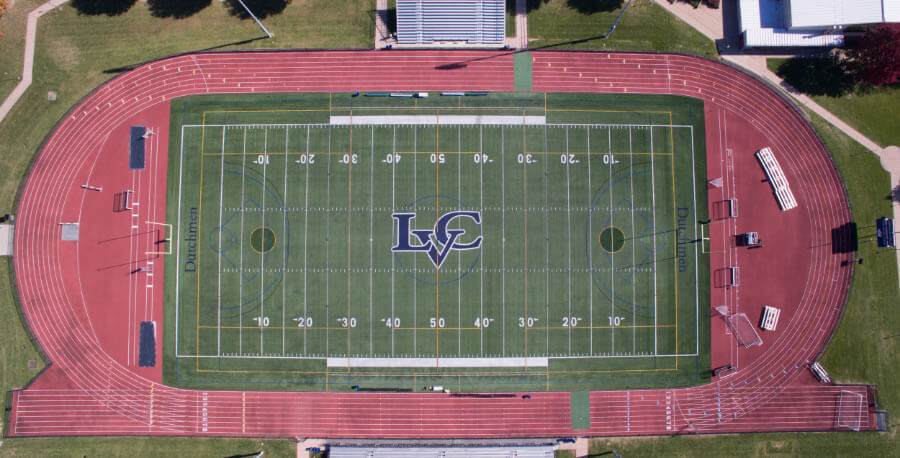 Lebanon Valley College in Annville, Pennsylvania has been a Waybetter partner for going on six years. Their vice president of enrollment management, Ed Wright, has worked in the admissions field for over 30 years.

This year was something special though. Despite the uncertainty brought about by Covid-19, LVC surpassed its deposit goal by May 1—an increasingly rare occurrence in the world of small liberal arts colleges.

We chatted with Ed recently and asked him to reflect on the success of this past year and on his relationship with Waybetter more generally. At the time of our conversation, LVC’s applications were up 21% year over year, and they were already 20 deposits over their initial goal.

The conversation has been edited for brevity and clarity.

WB: First of all, congrats on a great year. We know that May 1 is a largely meaningless date in the world of small, private college admissions, but it has to feel good to be tracking so far ahead so early in the game.

EW: It does. In fact, this is my 31st year of working in higher ed, and my 16th year working at a private college. And this year was only the second time I’ve been at a private institution that hit its goal by May 1. Our applications are also up considerably. We’re currently at 2,953, whereas last year we were at 2,447.

WB: Let’s talk about some of the things that account for LVC’s success in what has been a devastating year for so many colleges.

EW: Sure. I think it’s really been a combination of things—from our large-scale marketing efforts that Waybetter helps us with, to smaller, more personalized things that we’ve been implementing on campus over the last couple years.

WB: Let’s start with the more personalized things. For example, we know your Accepted Students Day is a huge event for LVC every year—an event where you traditionally get a large volume of deposits. Unlike many other colleges we’re aware of, LVC was able to host a modified version of that event this year. How did you pull it off?

EW: Well, we knew it would be beneficial if we could still do something, even if it was different and more difficult. And it was considerably more difficult.

First, we made sure we followed all guidance from the CDC and the agencies here in Pennsylvania. We wanted it to be safe for our people and the families who would be coming.

Also, we knew we couldn’t have as many faculty as we usually do—it was just too many people to ask to come to campus and maintain social distance. Instead, we had a select number of our senior leaders—our president, our provost, our dean of student affairs —lead much smaller panels. And they went really, really well.

We had families and staff—all masked—spread out in groups over our 350 acres on campus, and despite how different it was from our normal events, everyone still got a personal experience of LVC. It went so well, in fact, that we added a second event in April for students who couldn’t be at the first one.

WB: What other things have you explored that offer this same high-touch, highly personal exposure to LVC?

EW: One thing we’re testing with our team is trying to do more personalized videos—to let students and parents know that we’re not just going to be sending these impersonal blast messages. Instead, we use these videos to hone in on some things within the student’s record that would stand out. And letting them know that we actually read what they submitted, and that we actually paid attention to what interests them.

For example, last spring I actually made a video for a student who, one, it was her birthday, and two, she hadn’t deposited yet. It was after May 1. She was accepted into our PT prog­­­ram, which is a guaranteed six-year program. I actually went to campus and shot a video facing our new health professions pavilion, which is home to our PT program. I wished her a happy birthday and said, “In six years you could be Dr. X,” and I mentioned her last name.

She ended up depositing, and she’s a freshman now at LVC. But, just taking that information, I knew it was her birthday, I knew she hadn’t deposited, I knew she wanted to be in the PT program—and it wasn’t just a cookie-cutter video where it’s like, “Hey, it’s your birthday. Happy birthday.” It was very catered to her.

WB: That’s really impressive! It’s almost cliché to say it at this point, but it’s truly remarkable what technology allows us to accomplish—especially with personalization.

EW: Yes. But it’s also so simple—it was just us at LVC trying to make her feel like she’s being wanted. I think a lot of colleges are focusing too much on volume, and they don’t segment out and personalize. They send the same thing to everybody. That is something the Waybetter team has really helped us with, to get LVC to segment out and really have certain communication go to certain students. It makes such a difference.

And that was huge for us this year. In the past we’ve used Waybetter more at the very top of the funnel—converting prospects into inquiries. But last year, I told Rich [Whipkey, Waybetter’s president] that we really needed your help further into our funnel. Specifically, we needed help converting a larger number of our inquiries into applicants. And Waybetter did a number of things that helped us get our applications up over 500 year over year—but it was based in that caring, personalized messaging. It starts there.

WB: It’s great to hear that. We’ve always tried to differentiate ourselves on our ability to personalize throughout the whole funnel.

EW: It’s true. That’s one reason I’ve enjoyed working with Waybetter over the years. Sometimes I see things from other agencies in the enrollment marketing space, and it all just feels like it’s a very cookie-cutter approach. It’s just, “This is how we do things. Let’s plug your model into our model, and let’s go from there.”

Whereas I feel Waybetter says, “Okay, we see what you’re trying to do, we see your market is very competitive. Let’s try this tactic first. We’ll test it, maybe do some AB testing, figure out what works and what doesn’t, and then potentially start to pivot quickly.”

But I know we aren’t your only client. I know you have plenty of other clients that might be a similar profile to LVC. And your expertise across all these clients is extremely valuable. And even though LVC might not be the same as the school in Michigan or the school in Kentucky, we probably do have a lot in common just in terms of just how students and families are reacting to certain messages and certain content. That’s where I just, once again, I just let Waybetter do their thing. I kind of hand you the keys to the car and say, “Don’t crash it. Be home by midnight.”

WB: Ha! That’s great. And we promise not to crash the car.

Waybetter knows, based on all your client portfolios, what’s working and what’s not. So, I like to let you run. I don’t try to rewrite your stuff, I don’t try to tell you, “No, you’re sending too many emails or you’re not sending enough.” I know you know what’s working, and it’s worked for us.

WB: Truly, the feeling is mutual. We trust you and your team a great deal too, and it’s been a great ride so far. Does anything else about this last year stand out?

EW: One last thing I’ll add is that Waybetter did a ton of work to make our email integrity better. You helped us discover that we were potentially being blacklisted, and that messages from LVC weren’t getting through or were maybe going to spam mailboxes. So you worked with our domains and our IT staff to make sure that we were getting clean emails through.

WB: It’s true. And that’s maybe a good place to end—with a focus on the small things, the hidden processes, and the hard work that can make a big difference. As always, Ed, thanks for your time.

EW: My pleasure. Thank you.